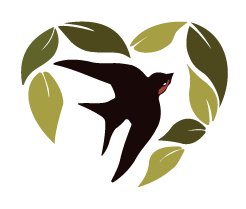 I am here to help you navigate through the parts of life where you could benefit from additional support. To help you rediscover your most resilient self and to learn ways to help you stay at the top of your game. When you need to rely on and tap into these reserves, they will be there for you.

The more you engage with this type of self care, the more resilient you will become.

The more resilient you become, the more capable you are of handling the challenges life places in your path.

You’re at the right place.

Change doesn’t have to be painful and difficult. It can be gentle, self directed and hopeful; leaving you feeling empowered, resourceful and at peace.

Golden Buddha Havening and Hypnotherapy is a system for helping you manage life stressors and to become as resilient as you can be.

Unsure if online might be a good fit for you? I’m happy to offer a short complimentary session so that you can experience first hand just how personal online work can be.

Connection happens when there is a space to feel safe and heard.

Working together ONLINE from most anywhere in the world.

The story of the Golden Buddha

In 1955 a group of monks in Thailand were given the incredibly challenging task of relocating a monumental statue of a cherished Buddha to make room for a new highway.

While attempting to lift the colossal sculpture from its pedestal, the ropes securing it snapped under the immense weight. The precious Buddha fell to the ground hitting hard and shattering away small bits of its plaster coating. Upon close inspection of the damaged areas, a curious golden reflection could be seen shining through the thick layers of stucco. The tenacious monks carefully started chipping away the dense shell determined to free the hidden treasure. To their amazement, this labour of love revealed a solid Golden Buddha that had been safely hidden away for many, many years.

The story goes that close to two hundred years prior to discovering this amazing treasure, it had been completely covered over with layers of stucco and coloured glass to conceal it’s true value. The caretakers had masterfully disguised their precious idol to prevent it from being looted during an attack on their temple. The secret of the plaster statue was accidentally revealed when it fell to the ground during the move.

By falling to the ground the Golden Buddha was finally set free to fully embody its magnificence, true brilliance and infinite worth.

I work as a Certified Havening Techniques® Trainer and Practitioner who is professionally trained in the highly effective complementary healing modalities of Transformational Life Coach, EFT, NLP and Clinical Hypnotherapy.

These powerful sets of tools allow us to work collaboratively – in a compelling – yet very gentle way – throughout the transformational process. We are able to identify and release or transform that which had previously seemed immovable; giving place to a life of alignment and the hope of moving forward into new and expanded possibilities with grace and ease.

I HELP PEOPLE WHO

Together we will “sculpt” your soul deep freedom while revealing your innate core brilliance.

Video Interview with Lynn and Tony Burgess about how Golden Buddha Havening & Hypnotherapy came into being.

Email: lynn@goldenbuddhalife.com to book a 20 minute Complimentary telephone conversation to answer any questions or to explore if we might be a good fit for working together.

All sessions now take place online from the comfort of your home or office.